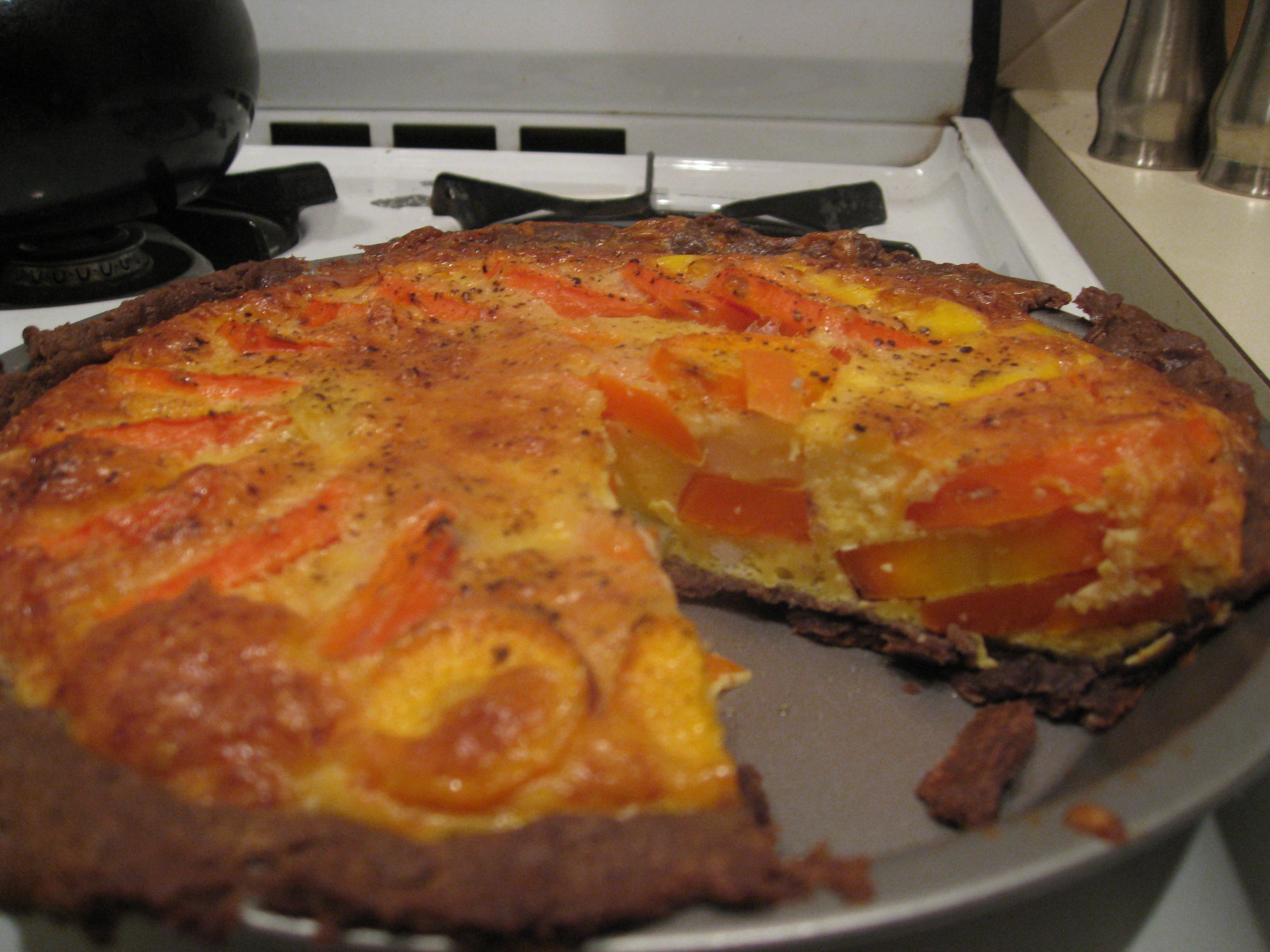 What to do on a NY Saturday morning when the sun is shining and the city is your oyster?  Go to the Union Square Farmer’s Market, of course.  Never gets old.  What’s better than strolling around in the fresh air and scoring free samples?  It’s like costco – minus the microwave, the processed ingredients, and the creepy warehouse environment.  Ok, maybe it’s nothing like costco, but the fact remains, most of us LOVE free samples.

If you’re anything like me, you’ll want to buy everything you taste.  I found myself wandering around in circles trying to make a decision about what to purchase.  Part of the problem (or the fun) is that I had yet to decide what I wanted to make that day, and subsequently, there was no shopping list to stick to.  Luckily, the fact that it’s winter and harvests are pretty limited to root vegetables right now makes my decision a bit easier.  I committed to just picking out what looked good.  Luckily, I only had two canvas grocery bags and a limited amount of cash so I couldn’t go too overboard.  (Who am I kidding?  That has never stopped me in the past.)

The winner…CARROTS.  I bought three pounds with no idea what I was going to do with them.  Little did I know that finding a recipe that didn’t contain the phrase ‘carrot cake’ in the title would be a difficult endeavor.  Not that I have anything against carrot cake, but I know myself too well to keep one in the house.  If you’re laughing right now, it’s because you know I’ll sit around eating it all day, and you’re right, I would, so that option was out of the question.

After perusing all of my cookbooks and favorite cooking blogs, I was feeling uninspired, which is when I decided to take matters into my own hands.  I combined some recipes and came up with carrot quiche.  This is not to say that it’s never been done before, but it’s pretty hard to come across when you’re googling ‘carrot recipes,’ and after tasting it I have no idea why.  The carrots still retain their flavor while immersed in a warm eggy, cheesy mix and surrounded by a flaky crust.  Quiche is the perfect meal…it’s packed with plenty of protein and nutrients, and you can eat it for breakfast, lunch or dinner and still be perfectly satisfied.  Keeping it healthy, I opted to make a buckwheat crust, which actually worked well with the flavors.  If buckwheat isn’t your style,  any flour will do, so feel free to modify as you like.

Make the crust.  Sift flour and salt in a large mixing bowl.  Slice butter into 6 pieces and work it into the flour until it’s crumbly.  Add the water one tablespoon at a time and knead the dough until it forms a ball.  Wrap in plastic and press into a disc shape.  Refrigerate for at least 30 minutes before rolling.

Preheat oven to 425 degrees.  Remove dough from plastic and roll out on a floured surface.  Be sure to flour the rolling pin first to avoid the dough sticking.  Roll out until the dough is about 1/4 inch thick, or spread enough to fit a 9″ pie dish.  To be honest, this step was difficult because the dough began to split.  If this occurs, just piece it back together in your pie dish.   Pierce the dough about 5 or 6 times with a fork.  Place some dried beans in enough tin foil to cover the surface (or use pie weights if you have them) and bake for 12-15 minutes.  This last step is to prevent the crust from puffing up in the middle and around the sides.  Remove from oven when its slightly crisp.

Place sliced carrots in a pot of boiling water and cook until tender (about 10 minutes).  Meanwhile, in a medium bowl, beat eggs.  Add cream, thyme, nutmeg, salt and pepper.  Arrange cooked carrots in the pie dish and pour liquid mixture over the top.  Add the cheese.  Sprinkle with black pepper.  Bake at 350 for 50 minutes.  The quiche is ready when the sides are golden brown and the middle is set.  Let stand for 10 minutes before serving.

No Responses to “Carrot Quiche”